VMware announced new version of VSAN 6.2 few days ago. In the past I personally don’t like this product that much because it was quite new but from version 6.0 I personally think that it is production ready. VMware is pushing VSAN quite a lot (because it is one of the essential parts of their SDDC approach) and right now VSAN has a lot of interesting features you rarely find on other solutions.

With version 6.2 they have added a lot of new interesting features which makes the product even more interesting. The primary focus here is on new data services and efficiency.

Deduplication and Compression is really nice feature how to save disk space. Be aware that it can be enabled only in All-Flash configurations so if you have mix of SSDs and HDDs you can’t use it at all. It is enabled on cluster level as well. When we talk about deduplication there are basically two approaches – online and offline deduplication. Inline generally means that the data are duplicated before they are actually stored on the media. Offline on the other side means that data are periodically duplicated once they are already stored on the media. VSAN uses something between – data are duplicated when they are destaging from performance tier to capacity tier. The deduplication itself works with 4KB blocks on disk group level per host. With deduplication your saving will of course vary depending on your workloads. VMware claims that the saving could be up to 7x but let’s be realistic with something around 2-3. It makes a huge difference if you are working in VDI environment or public cloud IAAS offering.

Erasure coding (RAID5/6) configurations ware requested by a lot of customers and the main reason here is to save a space of your VSAN cluster. In the past you have always RAID1+N (depends of your FTT policy) which was quite space-consuming approach. With this new FTM (Fault Tolerance Method) you can achieve significant improvements. This feature is again only available in All-Flash configurations only. FTM itself is set on the policy not the cluster level, so you can have multiple policies according your business needs.

This shows exactly how the RAID is constructed: 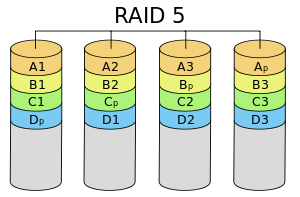 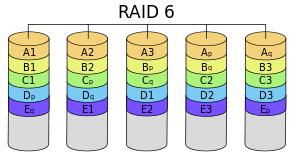 Nx means actual data blocks, Np or Nq is the parity of the data
Quality of Service would be used primary by Service Providers. Whit this feature you can easily limit IOPS limit per VMDK of the VM so one problematic VM wont consume all your resources. The IOPS limit internally is internally calculated with block size of 32KB. If you write block size is smaller VSAN still calculates with 32KB on the other hand if your block size is 64KB and your VSAN policy is set to 50 IOPS limit you would actually get 25 IOPS from VSAN.

Another interesting feature is Sparse Swap Files. The benefit here will be primary with monster VMs because the point is that the swap file is by default created as a “thick” file. It means that if your VM has 32GB of RAM your swap file is then automatically 32GB large (even if the VM never swapped on the ESXi level). Imagine that with this feature you can easily change the behavior to “thin”. It is set on the host level with SwapThickProvisionedDisabled advanced parameter. Be aware that you should either knows your environment or do not overcommit memory. Once the swapping will need to occur and there will be no free space left…

This is of course not a complete list of all the features, there are some more like In memory caching, Application support for SAP or improvements in performance statistics but I think that those fully described are the most interesting ones.